Slag wool sprayed onto a metal frame with a complex shape 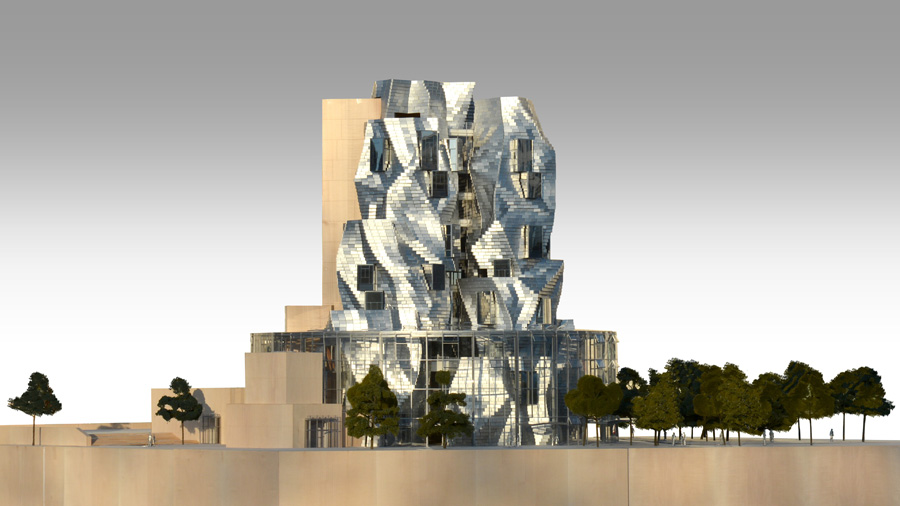 For the construction of the LUMA Foundation in Arles, Eiffage called upon the expertise of the CSTB. Its mission: study and optimize an innovative solution to insulate the architectural facade, comprising nearly 350 steel shells.

In Arles, France, on the site of former railway maintenance facilities, the LUMA Foundation will be devoted to contemporary art. A 56-meter-high tower, designed by American architect Frank Gehry, reaches into the sky. Its facade, made of stainless-steel panels, forms a steel envelope of 8,300 square meters, which provides the waterproofing and weatherproofing of the tower. The insulation is provided by slag wool sprayed onto its inner surface. This solution was proposed by Eiffage Construction Métallique to provide uniform thermal insulation that closely follows the complex shapes of the metal wall.

This technique, traditionally used to insulate underneath concrete flooring, is not usually used on metal sheets, applied to the inner surface. The company consulted the CSTB to guide the development of this solution for the LUMA Foundation.

To do so, the CSTB combined a digital and an experimental approach. Step one: estimating thehygroscopic behavior of the insulation material through simulation, based on the theoretical properties of similar materials, obtained in available databases. This step indicated the technical feasibility of the solution and provided an estimate of the amount of condensed water that would be generated.

Next, the CSTB conducted tests on water absorption and desorption, and on water vapor diffusion resistance, using the test facility for innovative building envelope components, in Grenoble. The measurements produced by these tests made it possible to simulate and precisely verify the hygrothermal behavior of the actual product.

Finally, to demonstrate the adherence of the slag wool, subjected to significant variations in humidity, the CSTB devised an adherence test and collaborated with Eiffage to create a model reproducing the real behavior of the system. The tests proved that the slag wool would not lose its adherence to the stainless-steel sheets, despite intensive hygrothermal stresses.

Now that this slag-wool insulation technique has proven durable, it is being implemented this year (2017) as part of the project. The LUMA Foundation is scheduled to open in 2018.

SEREINE, a groundbreaking solution for assessing the real energy performance of buildings

RE2020: the CSTB takes the floor at the Coriolis Seminars for Environment watch live

The CSTB'Lab is five years old

Two innovative standards for the well-being and independence of senior